Save The Music America, Inc. is driven by "Music Industry Professionals" who feel the effects of piracy. The following are those who have chosen to stand with us in our mission of bringing awareness and education to this matter and we thank you! STMA - a 501(c)3 Foundation

STMA – CRS 2012 We would like to thank all the participating artist who volunteered their voice for PSA spots. Words cannot express how grateful we are to you for the time you gave to Save the Music America at the CRS conference. We are truly committed to this cause and to the artists that helped us begin our awareness mission to help make a difference to end piracy. 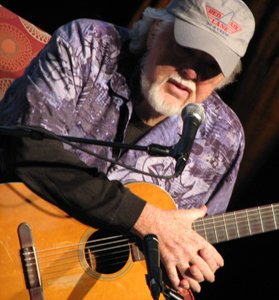 Red Lane has been composing bluesy, deeply personal country classics for over four decades, penning hits for Eddy Arnold, Waylon Jennings, Willie Nelson, Conway Twitty and FaronYoung. Throughout the 1970s and ’80s Lane wrote classics such as “’Til I Get It Right” (Tammy Wynette), “The World Needs a Melody” (The Carter Family with Johnny Cash), “Miss Emily’s Picture” (John Conlee) and “New Looks from an Old Lover” (B.J. Thomas). Lane also collaborated with Dottie West (“Country Girl”) and Merle Haggard (“My Own Kind of Hat”). More recently, his songs have been recorded by George Strait (“Tell Me Something Bad about Tulsa”) and Lee Ann Womack (“He’ll Be Back”). Won 8 BMI performance awards and received a BMI One Million Performance Award for "New Looks From An Old Lover" Red Lane is also a highly regarded session guitarist who has contributed to classic recordings by Bobby Bare, Clarence “Gatemouth” Brown, Cash, Haggard, Nelson, Billy Joe Shaver, Keith Whitley and many more. http://www.musicrow.com/2010/08/hall-of-fame-honors-red-lane/

Sadly, we lost Red on July 21, 2015. I had the privilege to spend time with Red and Hank on several occasions. Rest in peace our friend!

Songwriter, producer, session player and Savannah Music Group staff songwriter Kevin “Swine” Grantt, was nominated for the prestigious country music single of the year and album of the year award at the 43rd CMA Awards in November, 2009. Grantt is part of the group “The Kent Hardly Playboys” that produced Jamey Johnson’s record “That Lonesome Song,” featuring the twice-nominated song “In Color.” Grantt’s songwriting credits include two cuts with Brad Paisley, as well as cuts with Daryl Worley and Rhonda Vincent. Montgomery-Gentry, and The Blind Boys of Alabama.
Grantt is one of the most sought-after session bass players in the country, having played on some of the industry’s great releases by notable artists such as Garth Brooks, Dolly Parton, Waylon Jennings, Vince Gill, Emmylou Harris, Linda Rondstadt, Rodney Crowell, James Taylor, Brad Paisley, and most recently Jamey Johnson. www.SavannahMusicGroup.com See Video - Kevin Grantt PSA for STMA 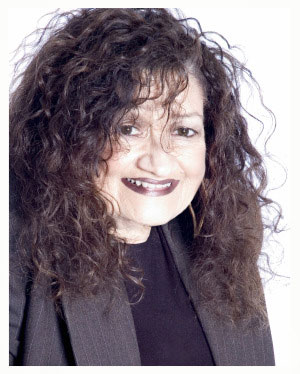 Beverly Ross is a songwriter, singer, and musician whose career has carried her across 50 years of music, from the 1950s into the 21st century. Born in Brooklyn, NY, her earliest hits included the song "Dim, Dim the Lights," which was among the very last successful singles released by Bill Haley & His Comets. "Lollipop" by the Chordettes, and most recently licensed for a Dell Computers commercial, "Treats," aka "Lollipop".

Ross' subsequent hits as a composer include "Judy's Turn to Cry" (Lesley Gore) and "Remember Then" (The Earls). Her best-known song, however, is probably "The Girl of My Best Friend," which was a huge hit for Ral Donner in the United States, and became a hit for Elvis Presley. Additional recordings by: Mickey Gilley, Lacy J. Dalton, and many more are available @ http://www.allmusic.com/artist/beverly-ruby-ross-p191819/credits/date-asc/

Sadly, we lost Beverly on January 15, 2022. She was one of the biggest supporters we had, a special person with a heart and soul of gold. Rest in peace out friend!

Leon Medica's name appears on over 90 albums and 10 movies. He received an American Music Award in 1989 for producing Doobie Brother Tom Johnston's "Where Are You Tonight?" on the Dirty Dancing movie and the over 52 million-selling soundtrack. For his participation as manager of Anders Osborne, Leon received a 1998 Grammy Certificate for Keb Mo's Slow Down album and a 3 Million Platinum Album Award for the Tim McGraw and the Dancehall Doctors album. Louisiana Music Association Lifetime Achievement Award, and is in the Louisiana Music Hall of Fame. and the LMHOF Songwriters' Association Hall of Fame. "New Orleans Ladies" won the Louisiana Music Hall of Fame's Favorite Louisiana Song 2010 (Year of the Song) competition! http://www.laleroux.com/HTMLPages/leon.html

Greg was raised in the heart of the Mississippi Delta, Greg Crowe brings a compelling blend of blues, rock, and country to Music City. Crowe's successes as a songwriter include writing "Lonely and Gone" (Montgomery Gentry), "Little Did I Know" (Sammy Kershaw) "Don't Send The Invitation" (Adam Gregory), Adam's new single "What It Takes" and two cuts on the forthcoming Lonestar record. He also wrote, sang, and produced the official song for The Tennessee Titans Radio Network, "We're Fired Up," and was nominated as a producer for European country music album of the year. Visit  www.GregCrowe.com email- gregcrowe@homemail.com

Gary Hannan, a native of Zimbabwe (then Southern Rhodesia), shared his music at a South African fireside where he spent many nights strumming his guitar with fellow soldiers.  At 18, Hannan was drafted into the Rhodesian army and then the South African special forces for the conflicts of the early 1980's. In 2005, Gary experienced his first big single #1 hit with Joe Nichols as the artist singing "Tequila Makes Her Clothes Fall Off". In 2009, "Back When I Knew It All" went to #1 with the dynamic country duo Montgomery Gentry.  Today Gary continues to write great country songs, telling his tales and inspiring new songwriters.  Some of the artists singing his hit wonders today are Montgomery Gentry, Darryl Worley, Michael Peterson, Craig Morgan, John Michael Montgomery, Joe Nichols, Richie McDonald of Lonestar, and Hot Apple Pie to name a few.  Some of his best times in songwriting have come from co-writing sessions with members of Bread, Mötley Crüe, Firefall, Rascal Flatts, Blues Brothers, the Flying Burrito Brothers, and many others! For more information or to book Gary visit: www.garyhannan.net

Tony has written more songs for Hank Williams Jr than any other writer ,such as I like My Whiskey On Ice & Women On Fire, I’ve Been Down, American Offline, Woman On The Run. The Nashville Scene, Video of the year & Top Five funny song of the year 1985 w/the parody song about Boy George Where’s The Dress. 50+songs recorded by Major label Artists IE: John Anderson, George Jones, Randy Travis, Moe Bandy & Joe Stampley, Confederate Railroad,&Guitar Legend Lonnie Mack. Tony Stampley, an Artist in his own right W/ Dreamworks Records in 2002 W/ critically acclaimed CD titled Rebelution. Currently working on putting out new music in Nashville.Tony is considered one of the great voices of our time &is in high demand in Nashville. www.reverbnation.com/tonystampley 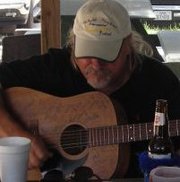 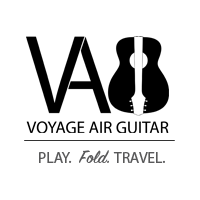 Full-size guitar, it folds, & fits in a backpack.

"Origins Of An Idea" by Barry Shrum